After a  quick breakfast at Starbucks, we left the hotel in a taxi and headed for the airport to pick up our car for the last leg of our  road trip.  To be honest we weren’t sad to see the back of Las Vegas – far too many people and the heat was oppressive.

To Andy’s delight, we were offered an upgrade from the convertible we had booked to a Ford Mustang which we snapped up at a bargain $10 extra per day!  There was a tense moment when we thought that our luggage wouldn’t fit in but fortunately we managed to squeeze it all in and off we set – with  the roof down of course!

We soon crossed the  border from Nevada into California and then had a long drive across the Mohave Desert, with not much in the way of scenery to look at.  And then we came across a 50’s diner called Peggy Sue’s that we visited 5 years ago when we were in California with Abi and Emily so we decided to pay another visit for old times sake.  It was exactly as we remembered it and we had a nice lunch before hitting the  road again. 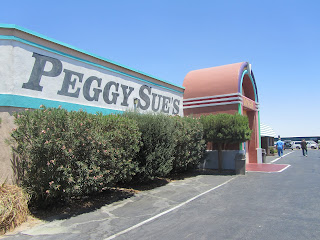 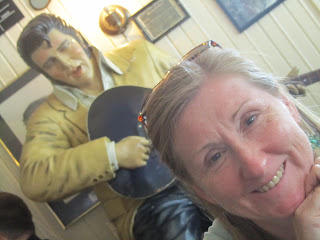 Eventually, we got our first glimpse of the Pacific Ocean- we had travelled right across the USA from East to West coast.  We then headed up into the mountains into some beautiful countryside – fields full of fruit trees and vineyards and more greenery than we have seen for weeks – and finally  arrived at our destination of Solvang, a small picturesque town that was discovered by  Danish explorers and has the look and feel of a genuine Danish town with colourful buildings, Danish bakeries and breweries.  There is even a replica of “The Little Mermaid” statue! 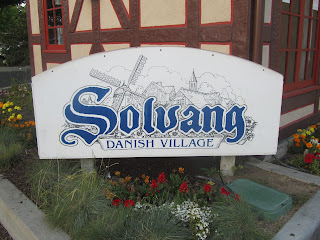 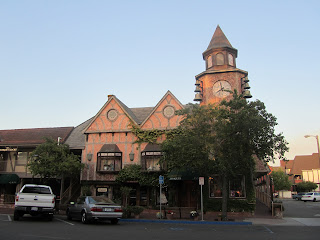 After a stroll around the town, we  found a nice pub/restaurant and enjoyed some Danish fayre and a pint of locally brewed beer (that was Andy of course!) before heading back to our hotel for some well deserved sleep after a long day on the road.