The plan was to get up early and head for the Everglades. Our body clocks woke us at 4.20 am. Jimmy’s opens at 5.30am so we had breakfast there. Then, as we were leaving, we noticed that we had a flat tyre! It sort of felt right after the day we had had yesterday. We checked with the rental company and they told us put the temporary spare on  and take the car back to the airport. So we left the lovely house we were staying in and headed back to the airport. 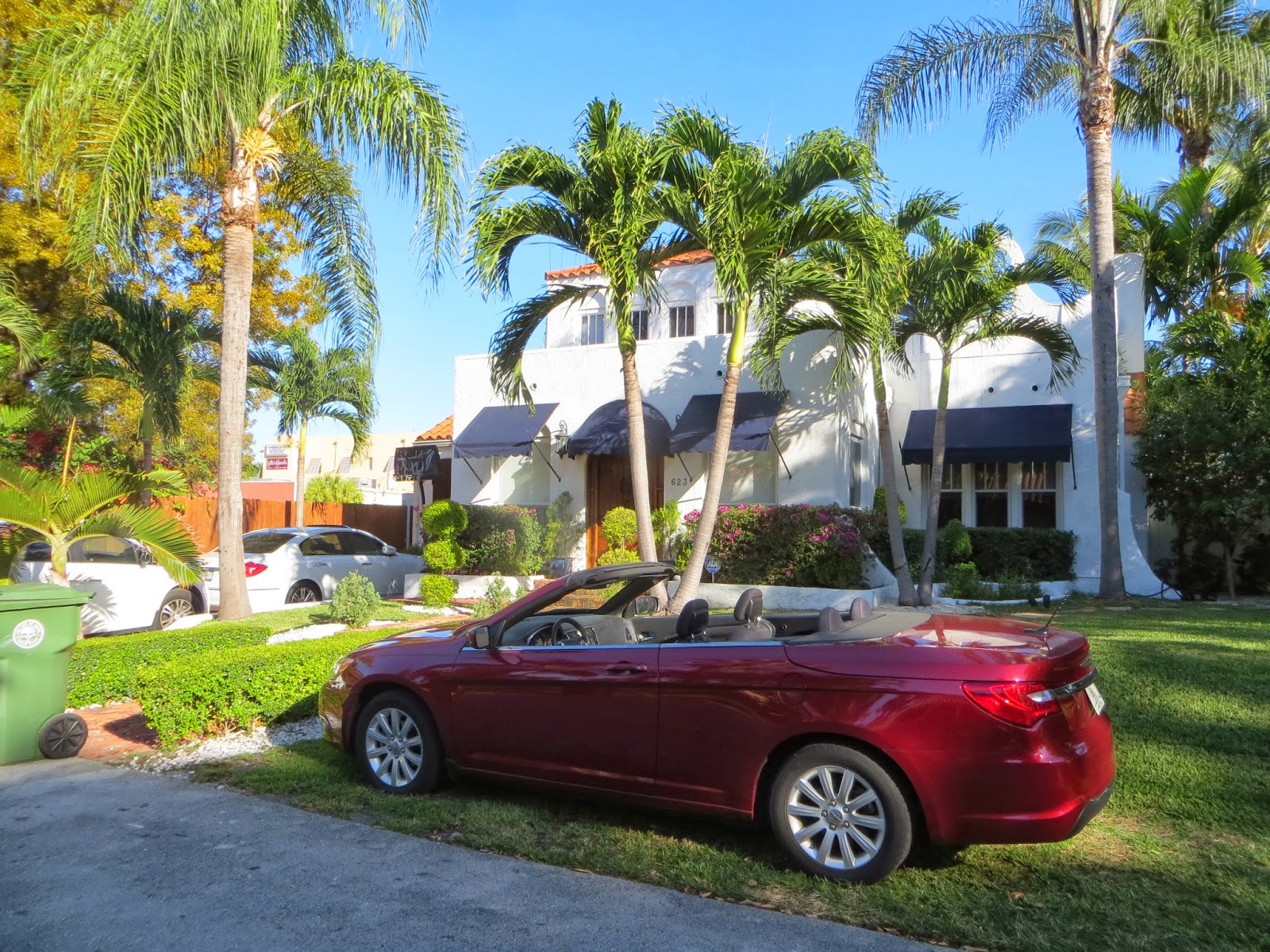 Traffic was heavy and it took some time to get there but we eventually dropped the car off and somehow expected trouble in securing another car, as things had not been going well up to now. We arrived at the desk and they said “take your pick”, pointing to a long line of Mustangs of many colours, tops down, arrayed before us. It was like being a kid again and being presented with a handful of colourful sweets and not being able to choose! But choose we did and saddled up the grey stallion and galloped out, not quite believing our luck. And all because of a flat tyre.

And so we were now cruising along the Tamiami Trail (Highway 41), from Miami toward Naples, through the Everglades. The weather was perfect and the road stretched on forever. The vast wetlands reached the horizon on all sides. We stopped at the Miccosukee Indian Reservation and took an air boat ride out into Glades. It was a wonderful, exhilarating experience and we saw all sorts of birds and alligators. 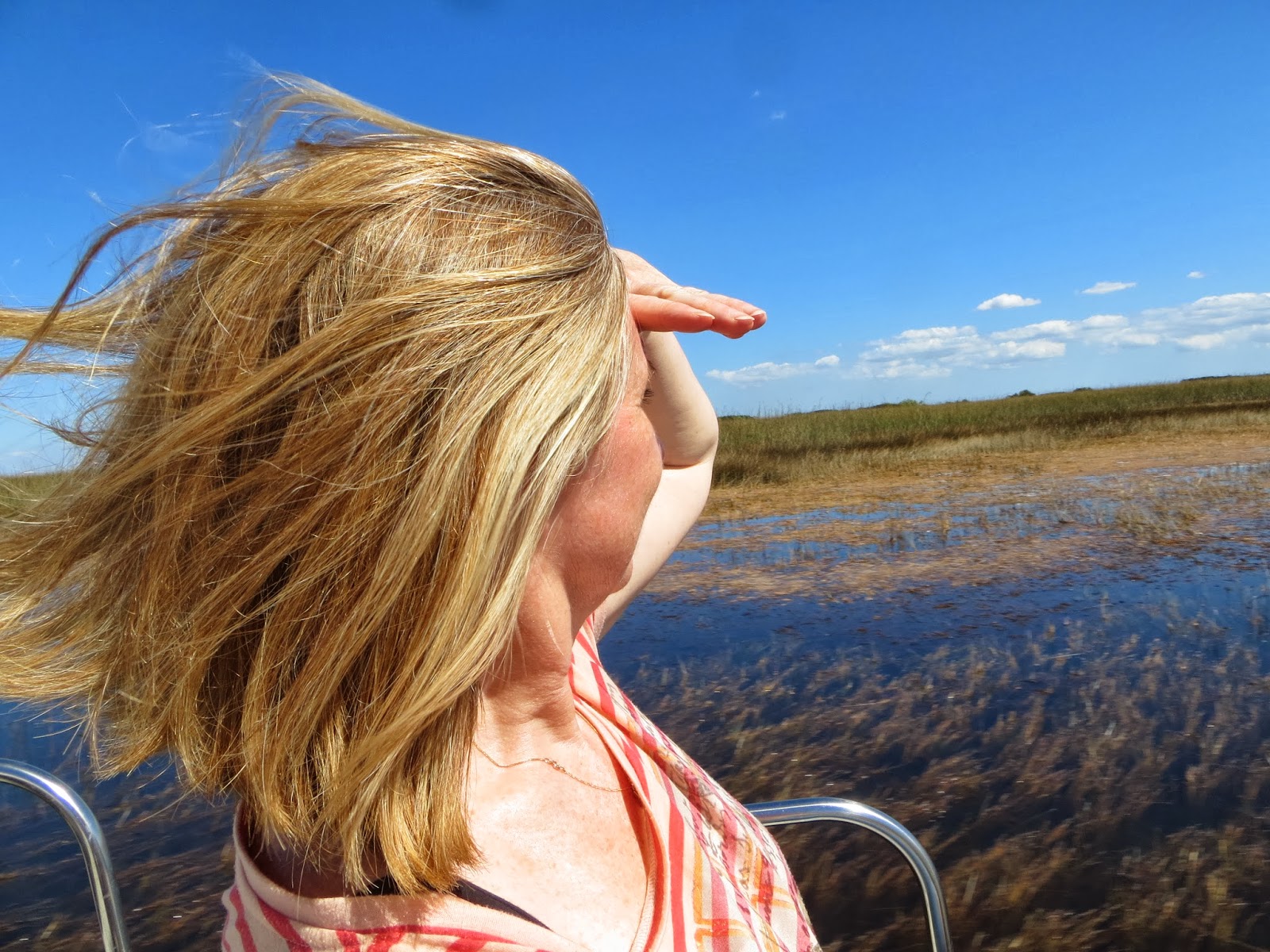 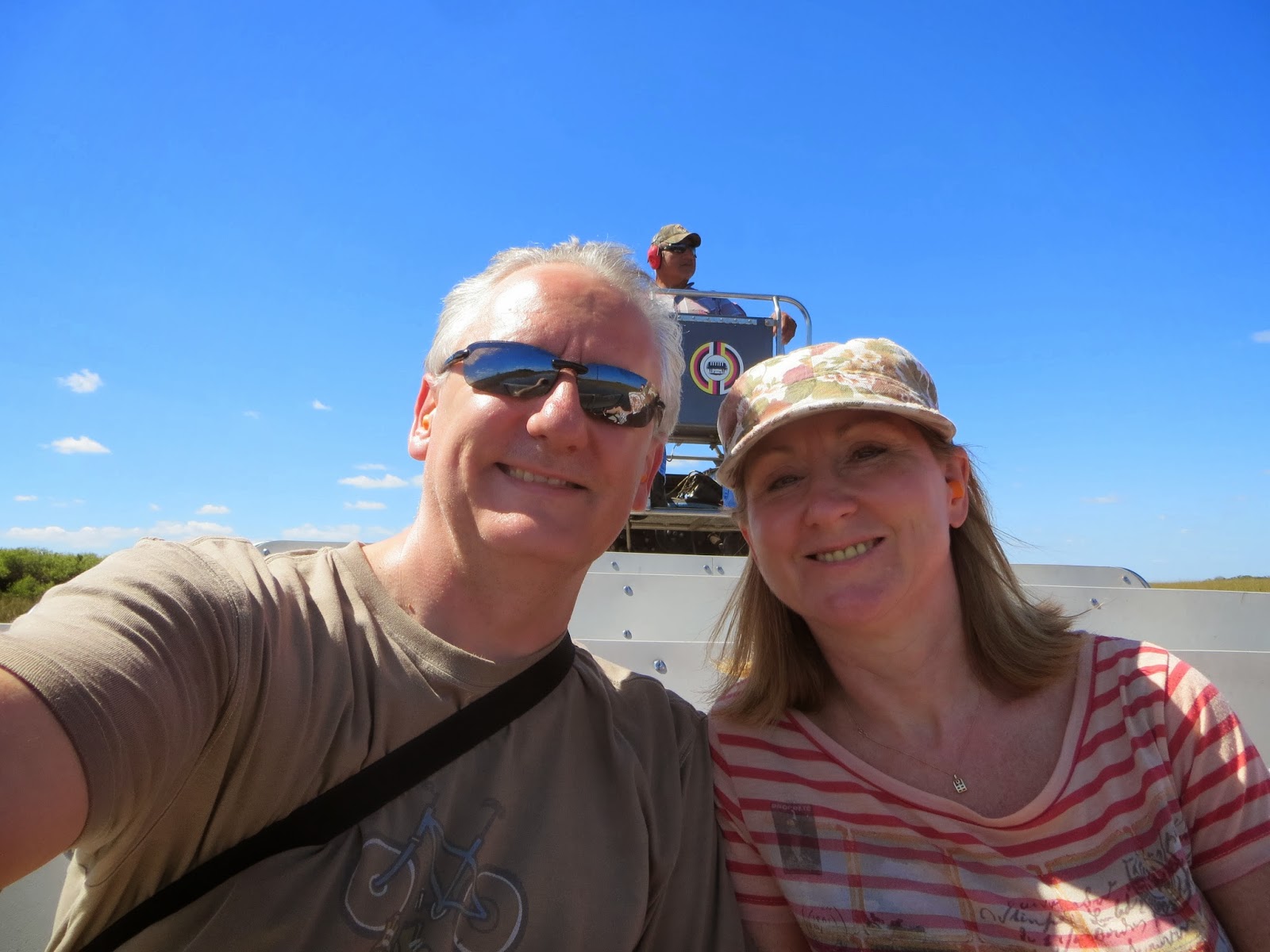 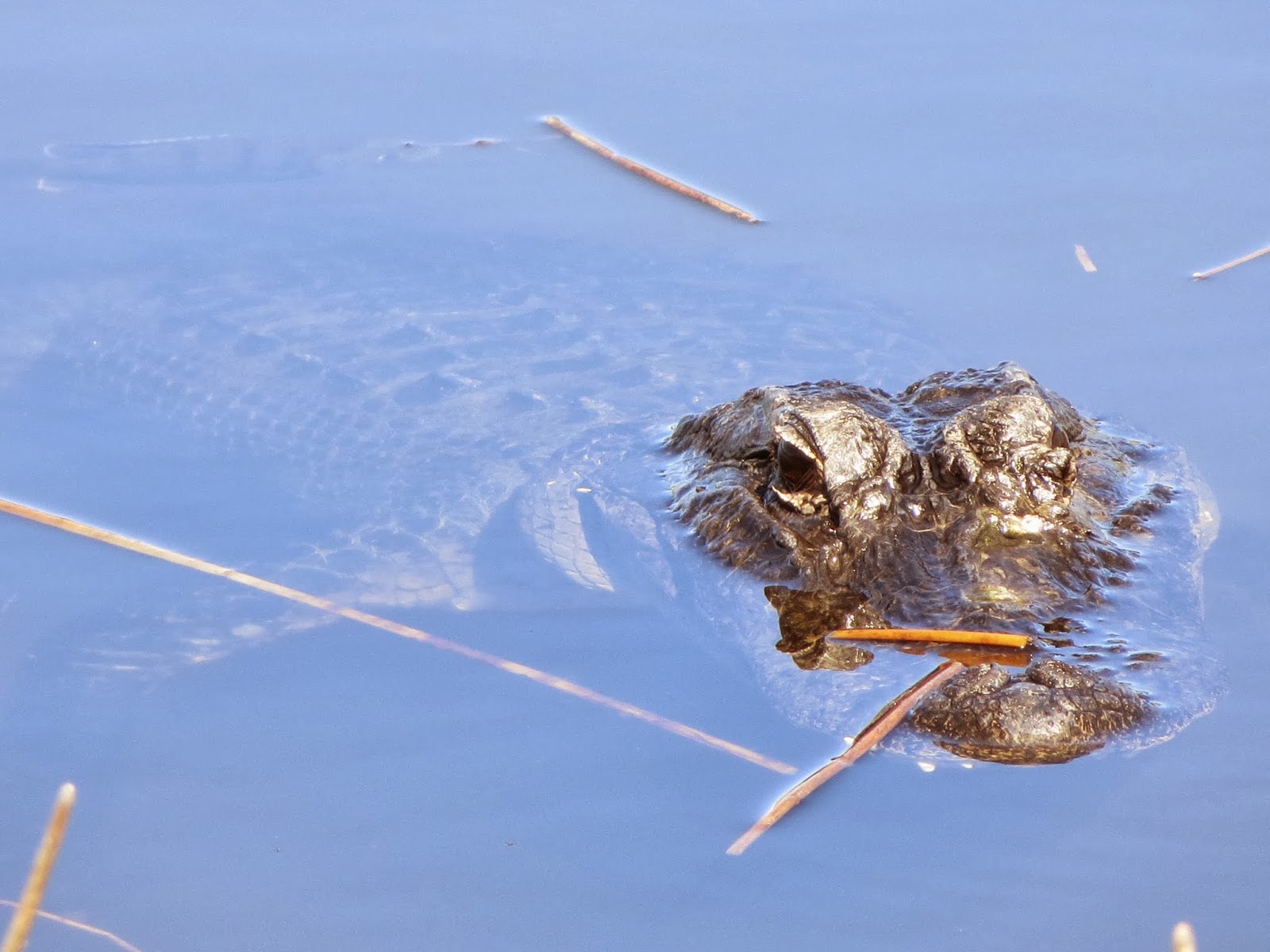 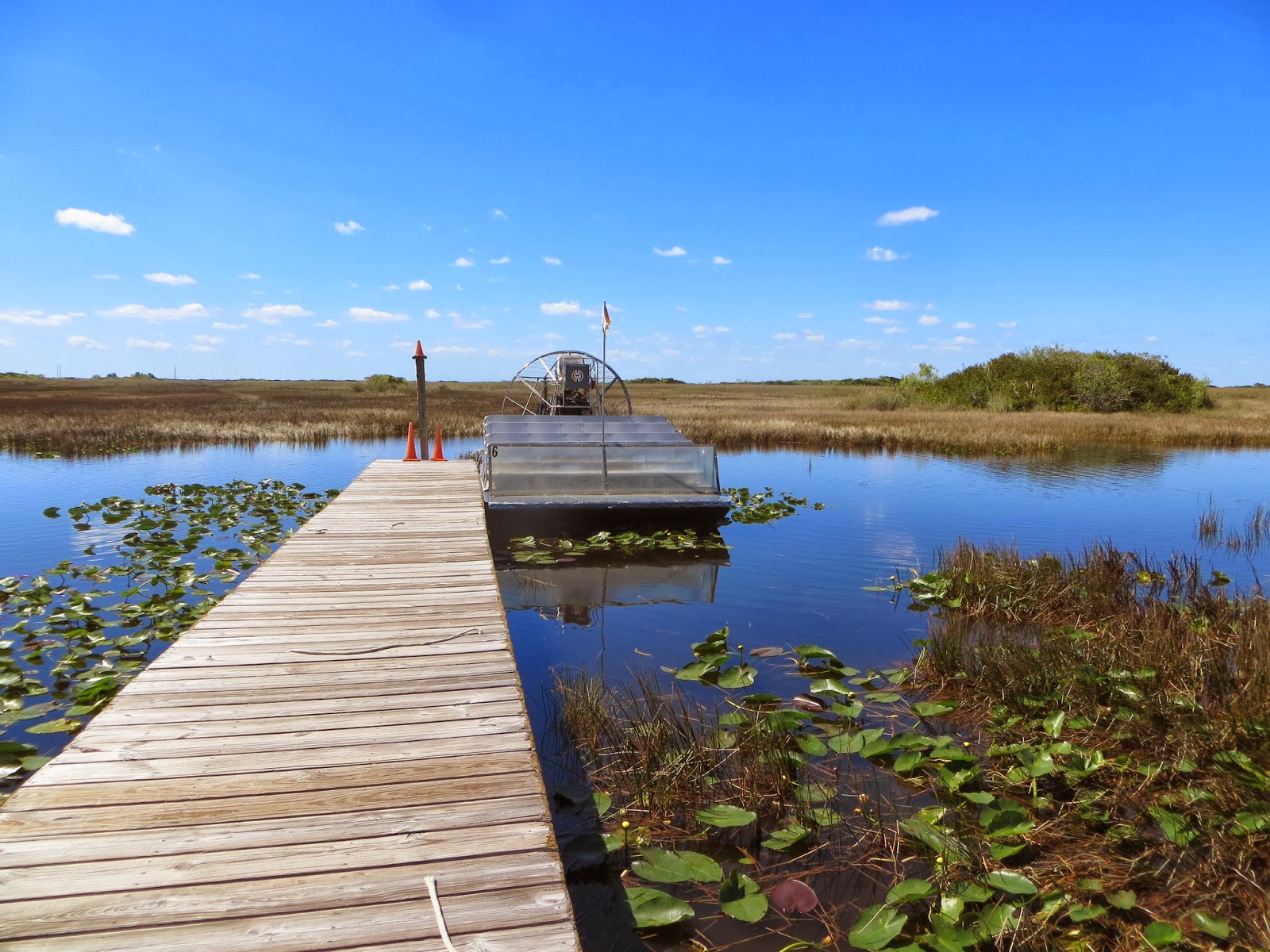 We stayed for lunch but decided against the alligator sandwiches and then headed for Shark Valley and into the National Park. Here we walked for a while before taking a 2 hour bus tour into the depths of the park. The wildlife was amazing: truly diverse. I must admit to being a little nervous about walking with alligators but they turned out to be very uninterested in humans, as long as we gave them respect and a little distance. However, about 14 years ago, a little boy was cycling with his Brazilian parents and accidentally cycled into the water, landing on large alligator. Thinking it was being attacked, the alligator grabbed the boy and tried to pull him under. The boy was eight years old. His parents jumped in after him. The father threw his arms around the alligator and attempted to keep the animal from going under, while the mother repeatedly hit it in the face with her binoculars. But still the alligator did not release the boy, who was held right at the front end of the alligator’s powerful jaws. In desperation the mother, seeing a gap in the side of the alligator’s mouth, thrust her arm down its throat, making it gag and spit the boy out. He survived with broken ribs, a punctured lung and over a hundred stitches. And to this day there are signs placed beneath the water for the alligators saying “Beware! Brazilian Mothers”. I made that bit up!

What a great day. Here are a few photos: 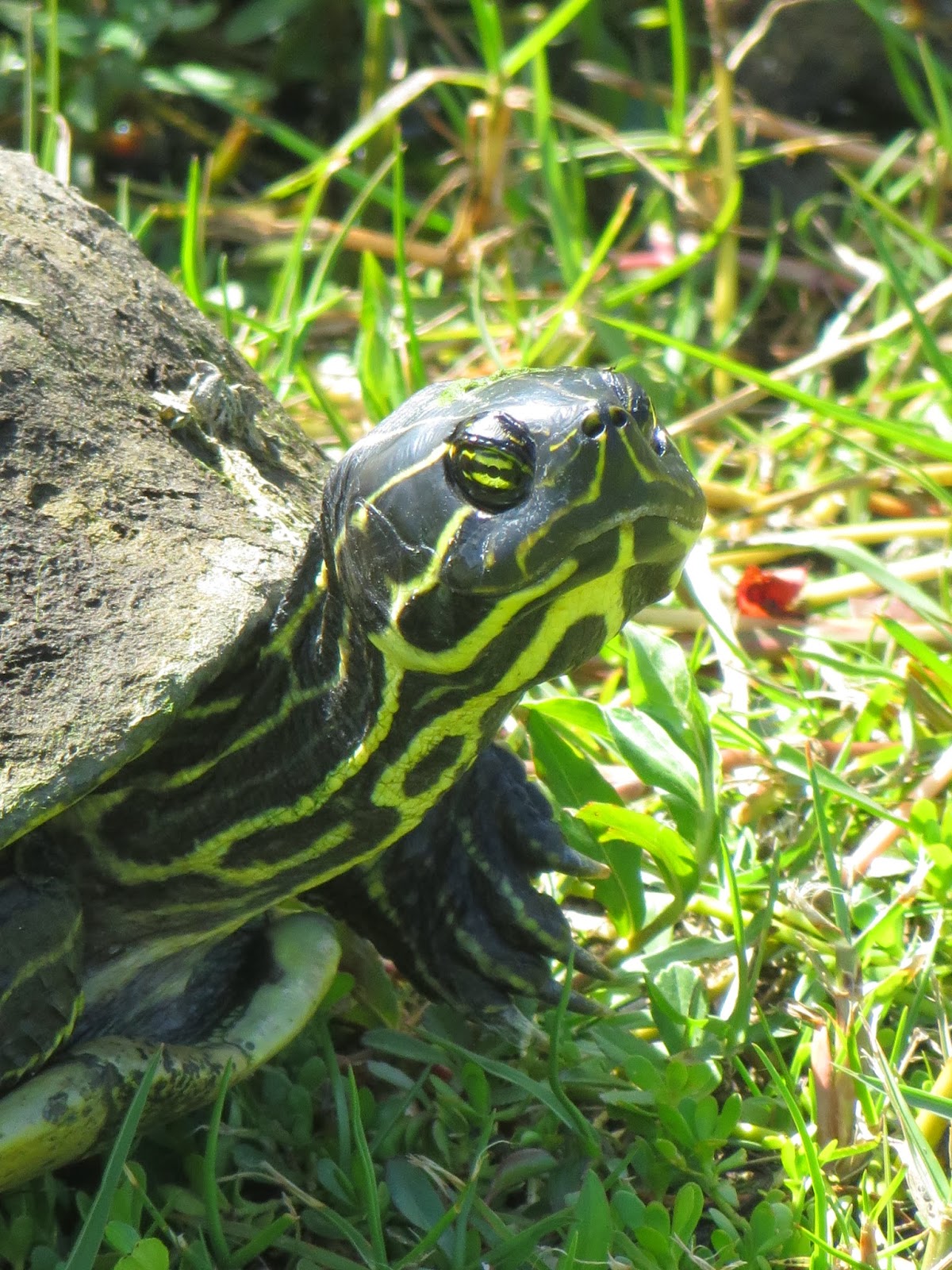 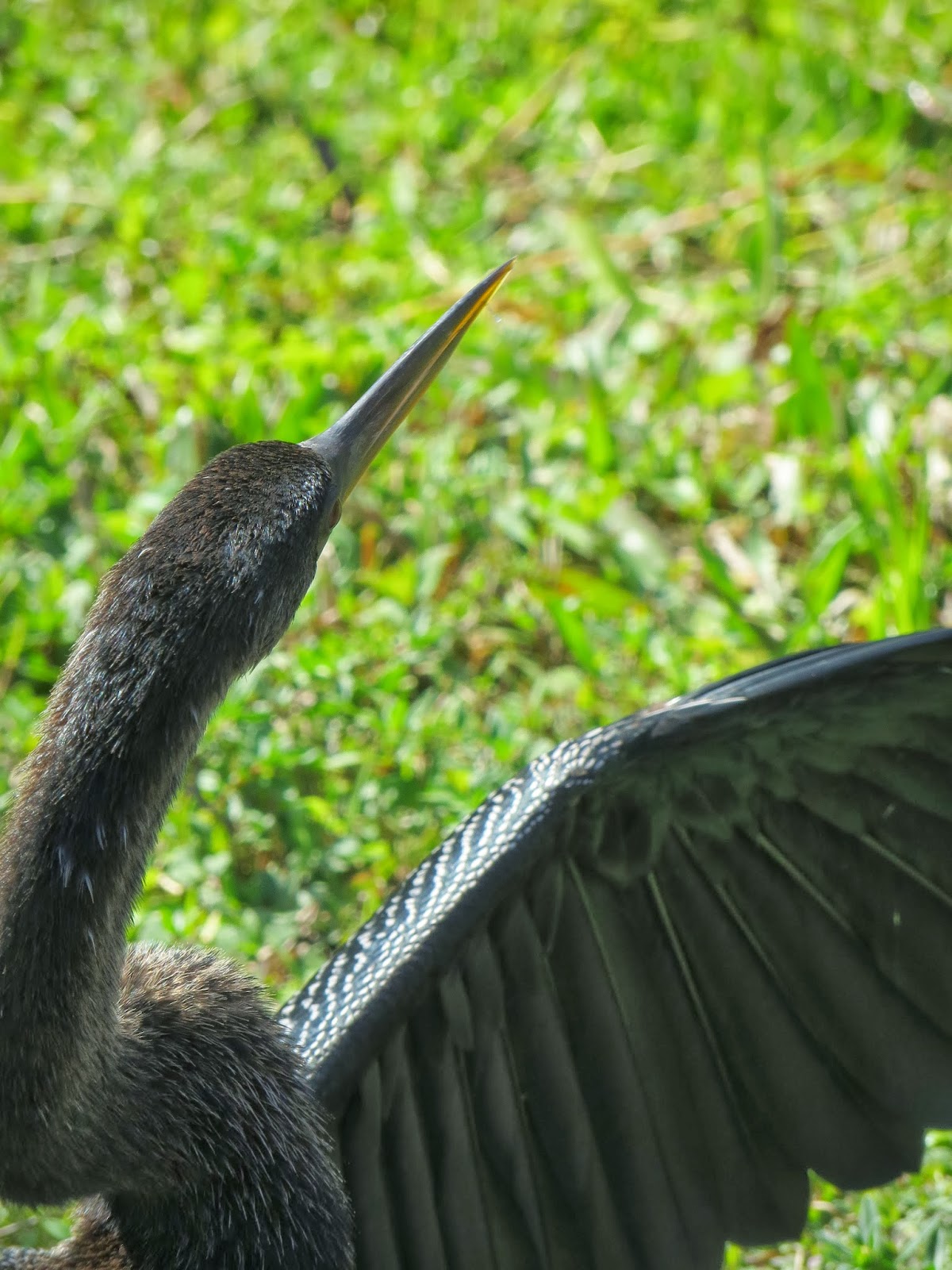 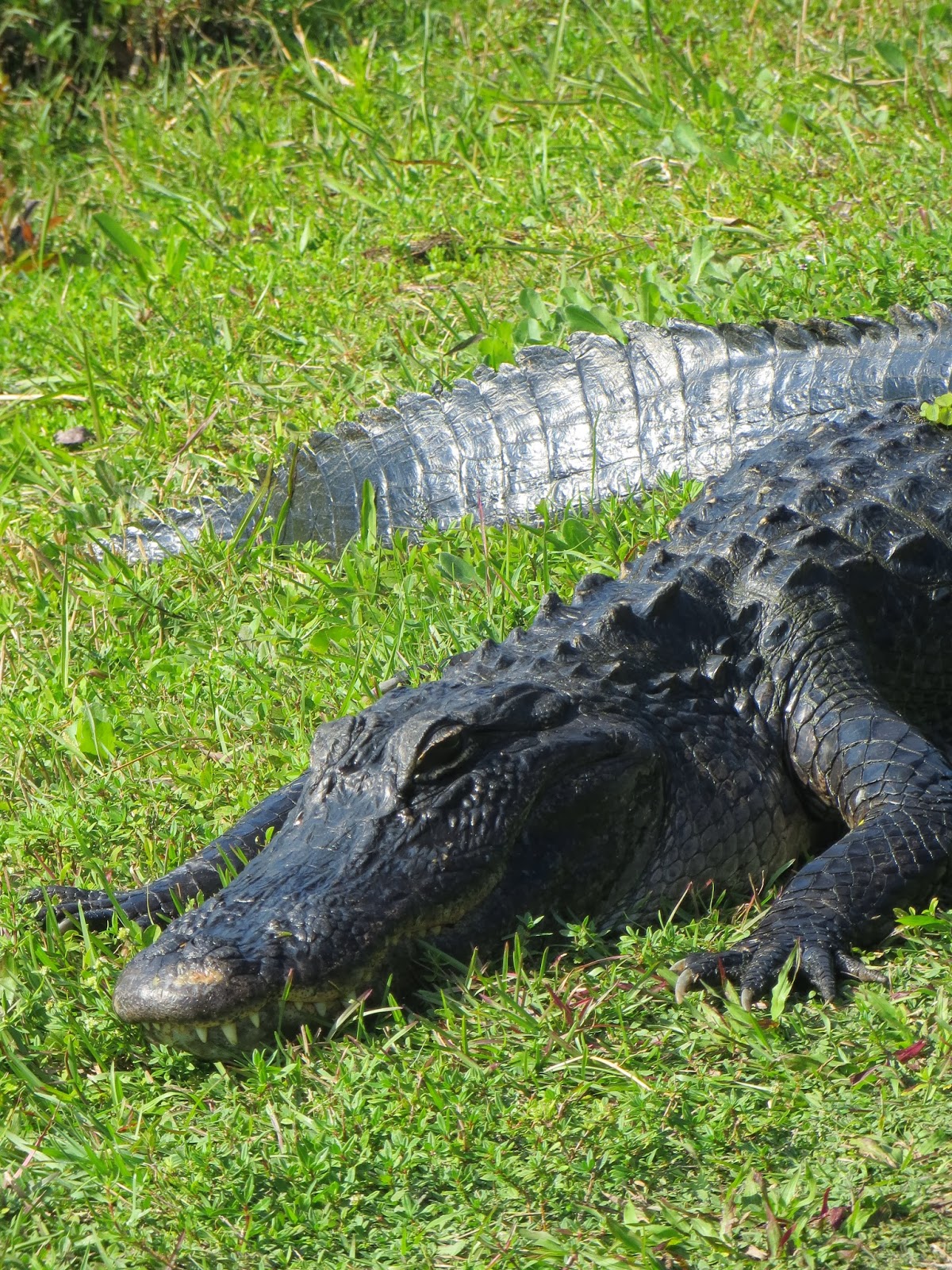 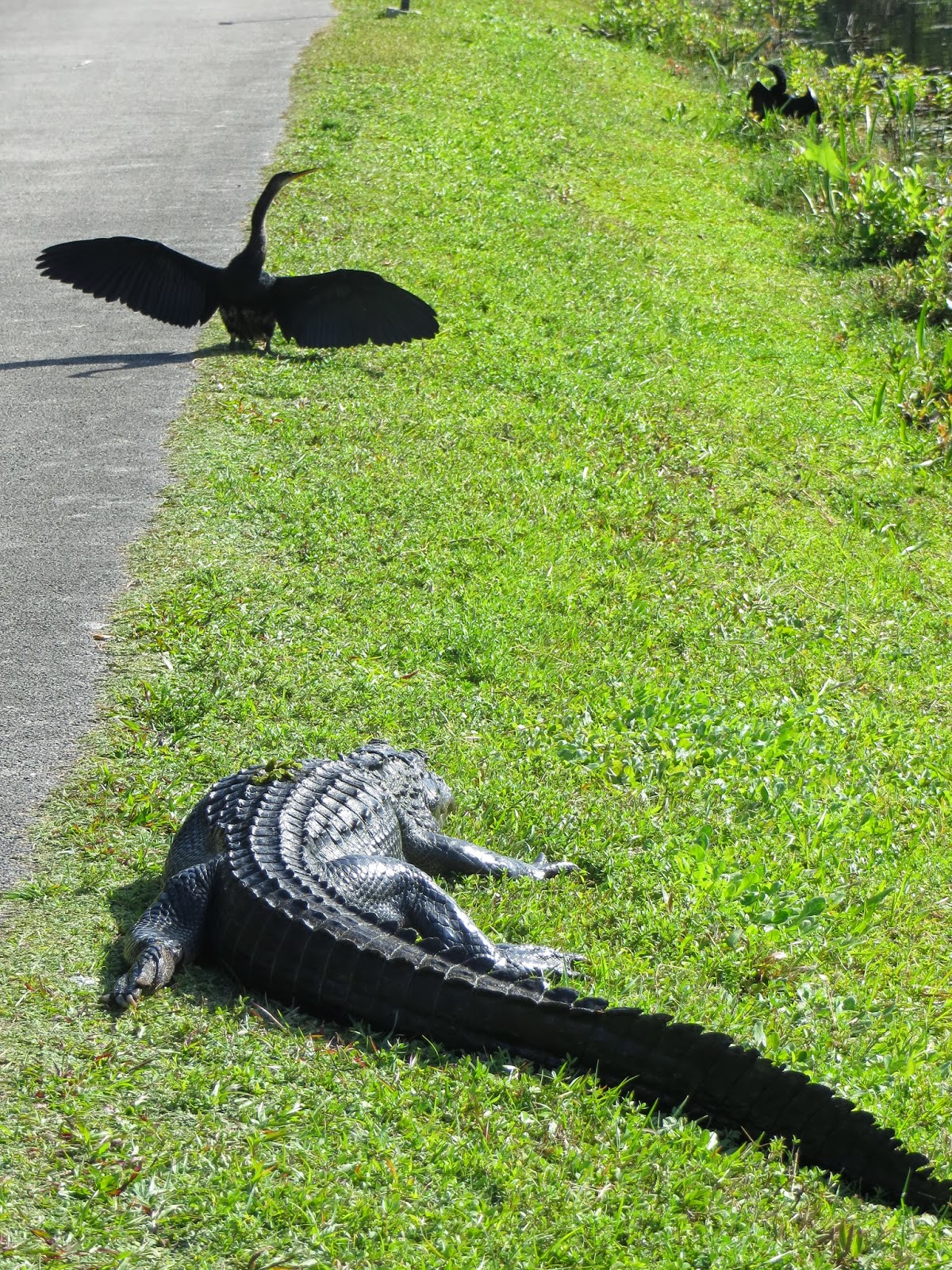 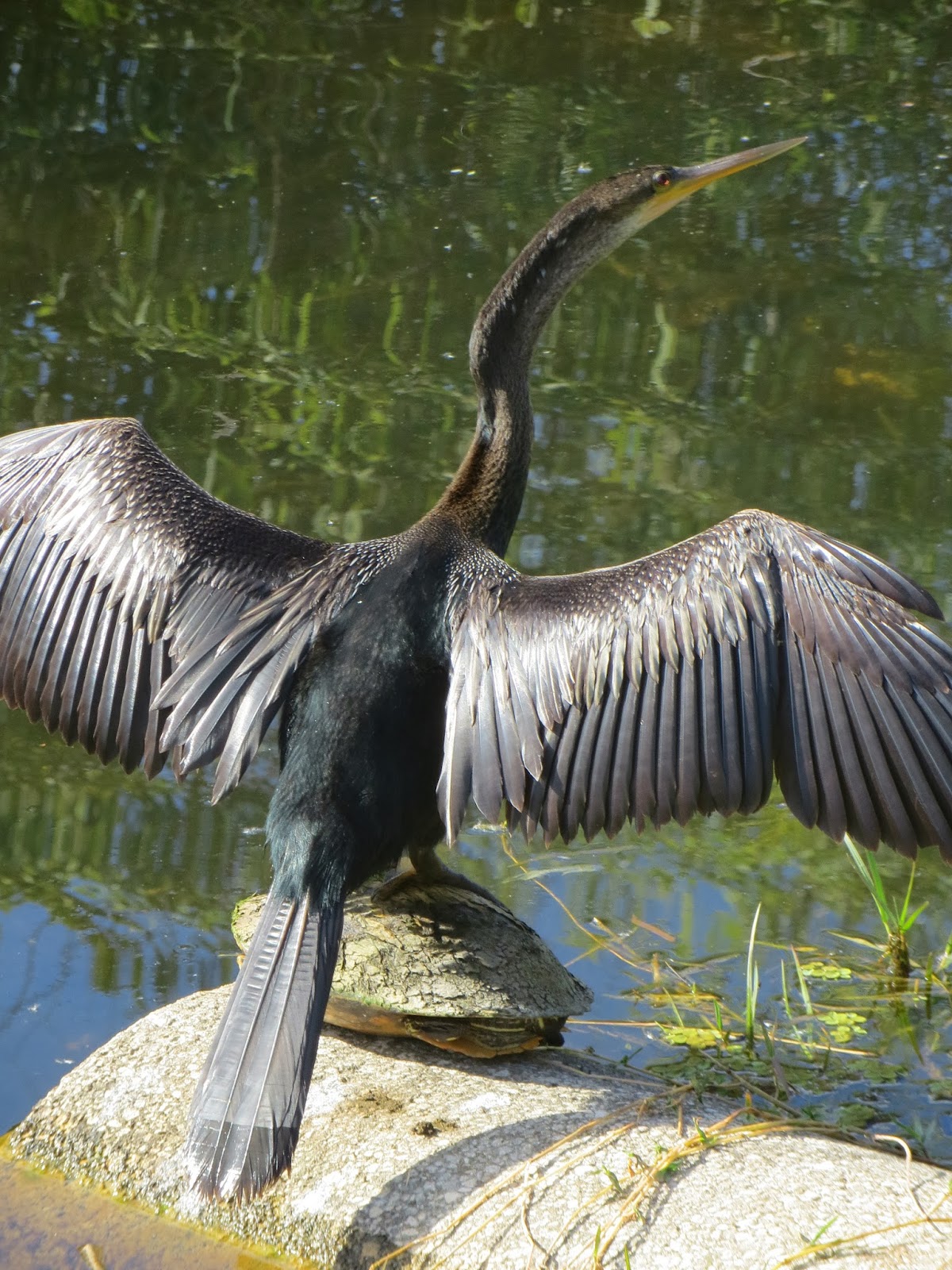 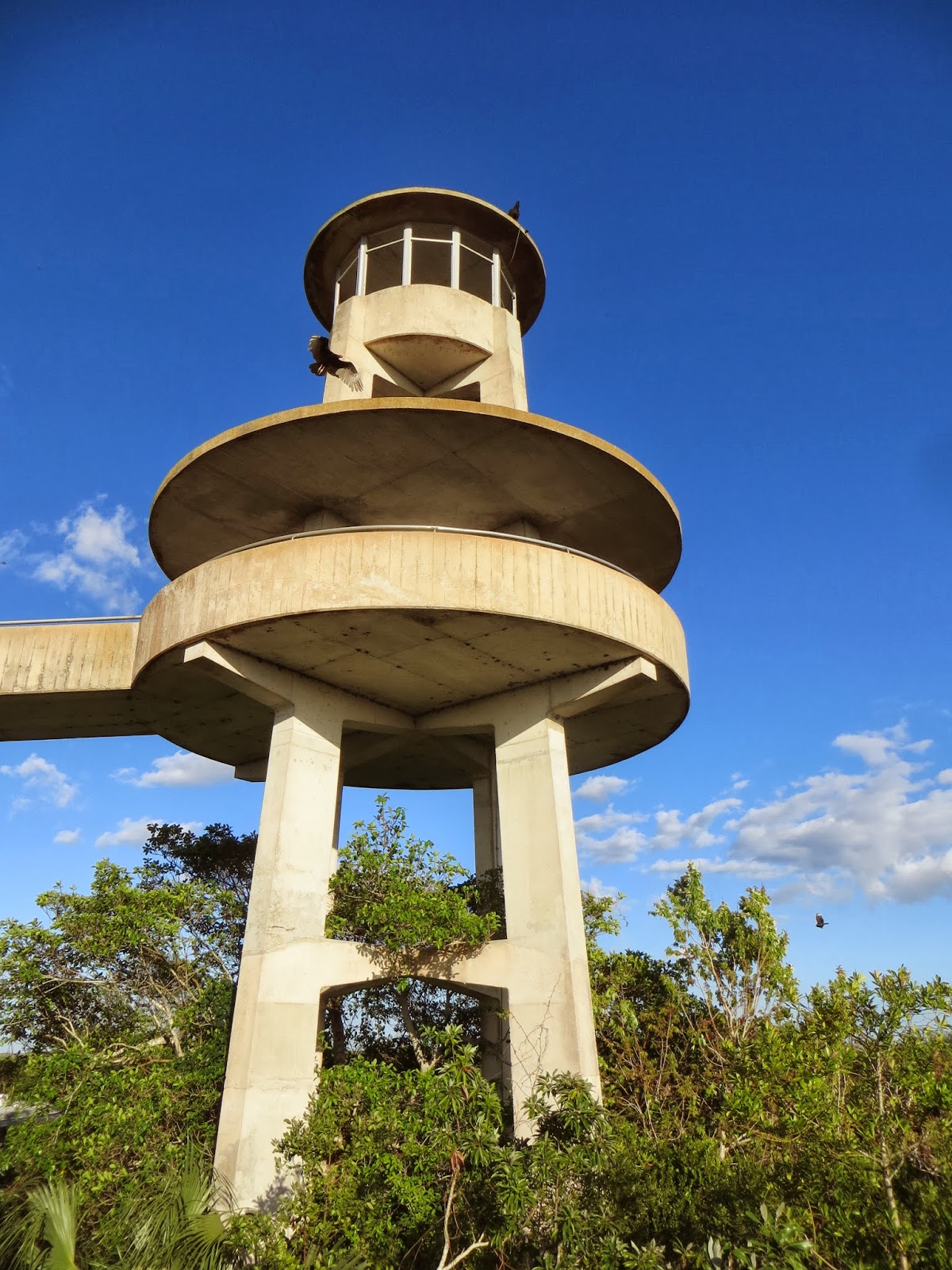 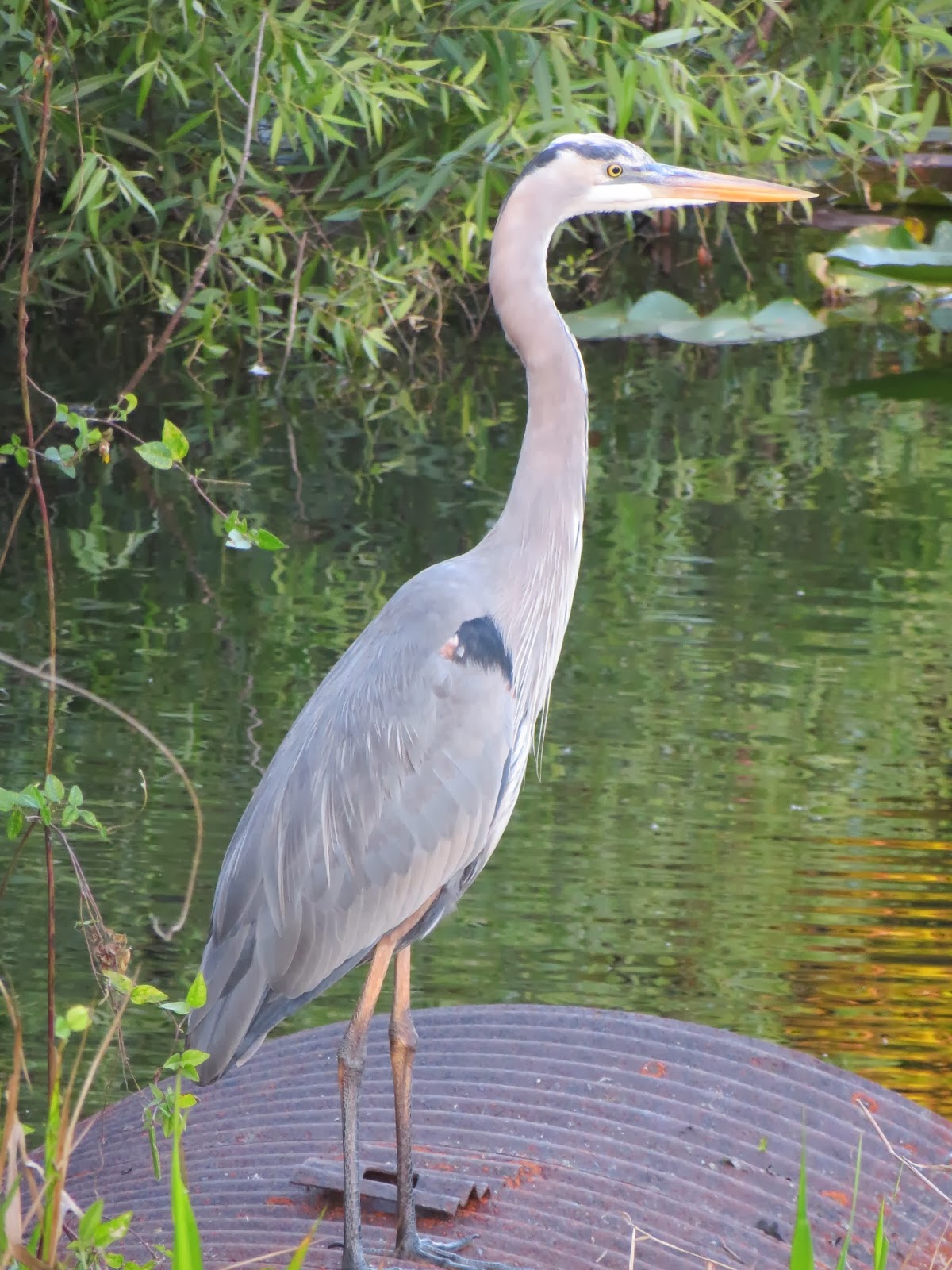 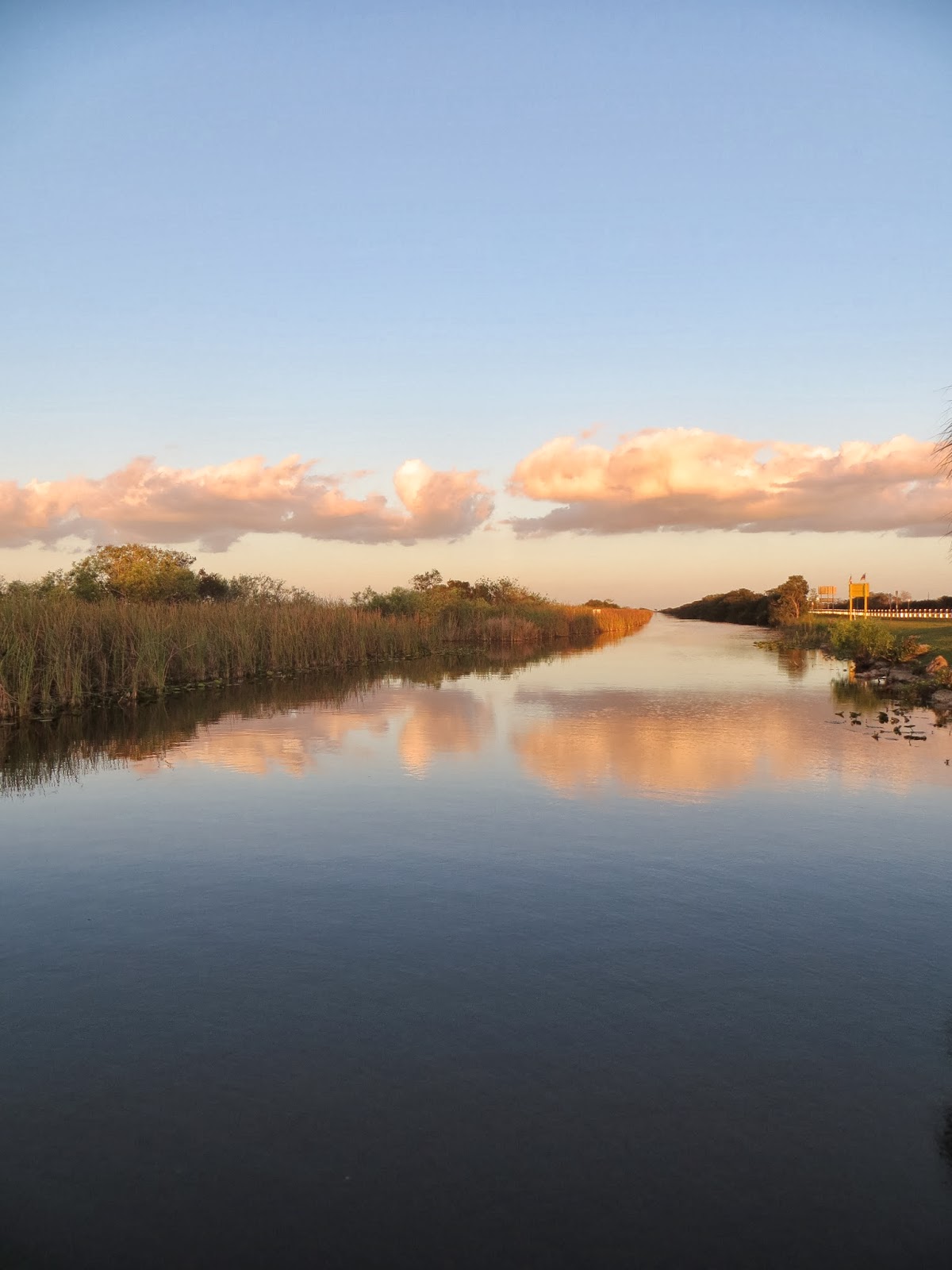 Next we will explore the Naples area and the islands.