It was an early start this morning. We had been told that to get onto the islands of Sanibel and Captiva we would have to get there very early due to the numbers of people visiting at this time of year and also because of the shell fair. So the alarm woke us up at 6.30am and we skipped breakfast. The sky was a little hazy and the air cool, which was very welcome after the heat of the previous day. An hour later we were crossing an impressive bridge from the mainland onto Sanibel, after paying the $6 toll. There was a steady stream of traffic already and we wound our way in single file into the heart of Sanibel.

We decided to hire bikes for the day and started by cycling to a place we spotted on the way in for breakfast – the Island Cow. I had a combo breakfast of eggs (over-easy), bacon (which is always streaky and crisp), fried potatoes, grits (this looks like porridge but is more watery, made of alkali-treated corn known as Hominy and has a gritty texture – I put lots of salt in for more taste), two types of melon and two pancakes with Maple Syrup. Makes a great change to Wheatabix! Rachel went for the more simple bacon and eggs (sunny side up). 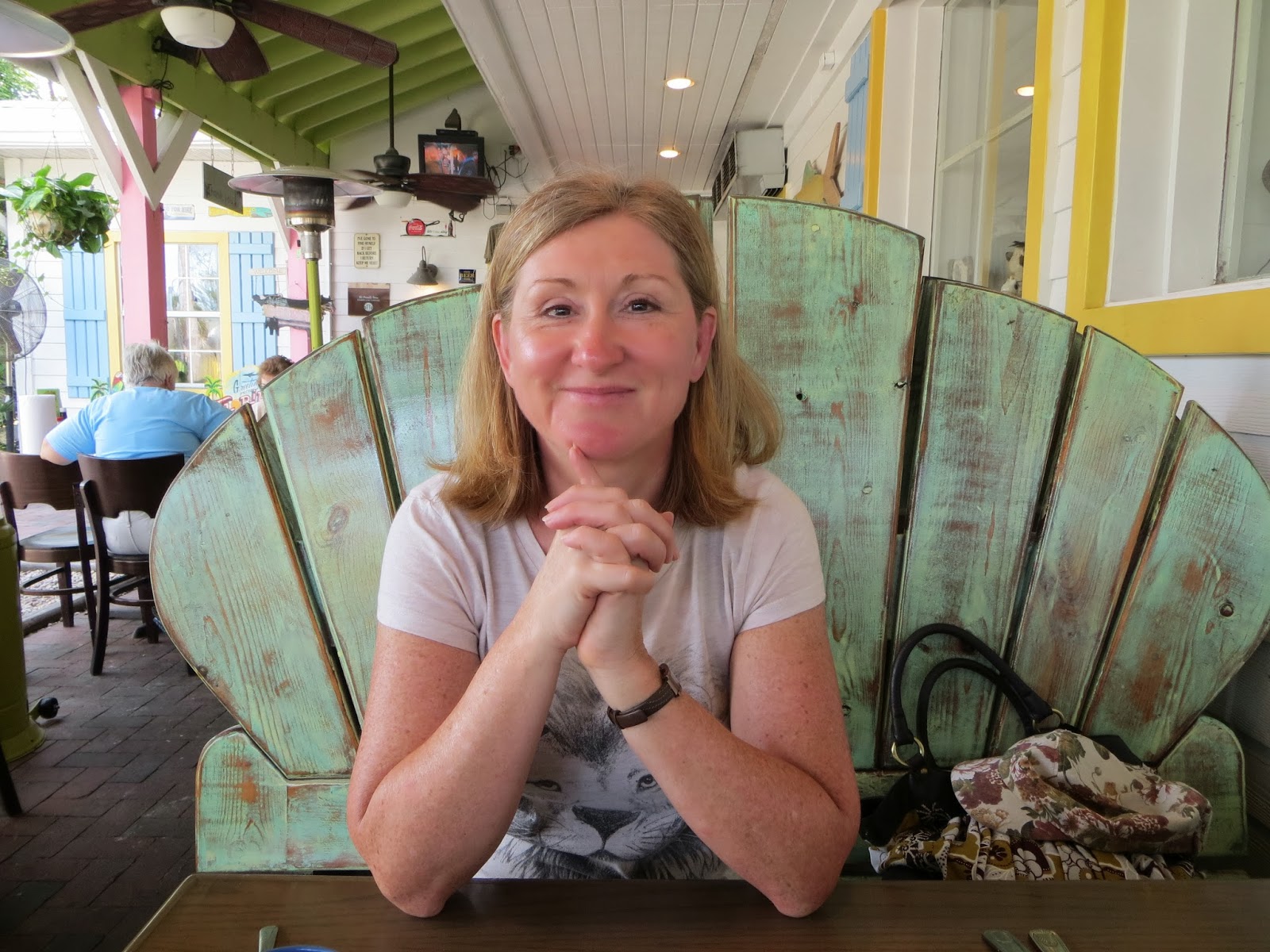 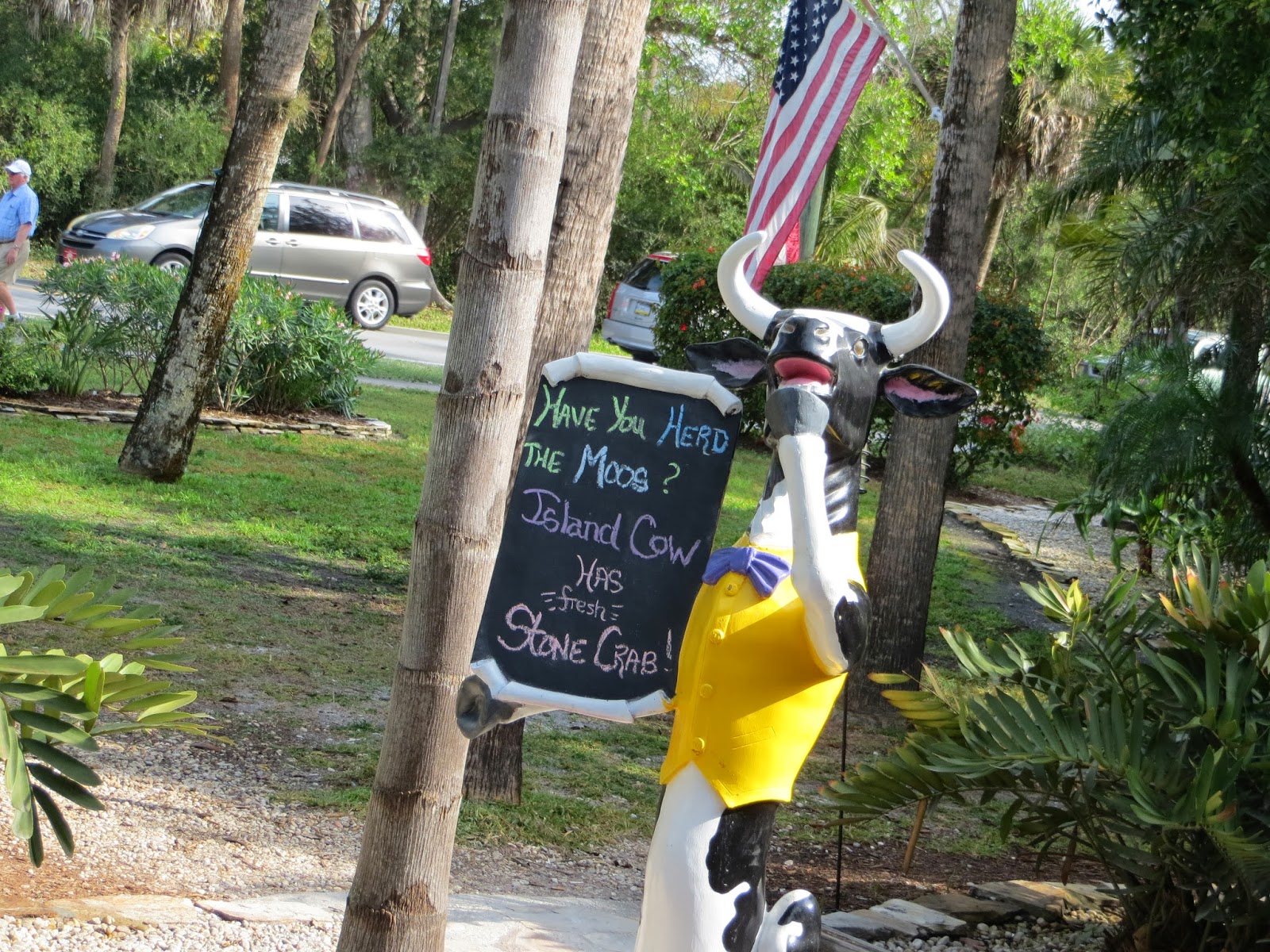 And so we cycled around Sanibel Island: 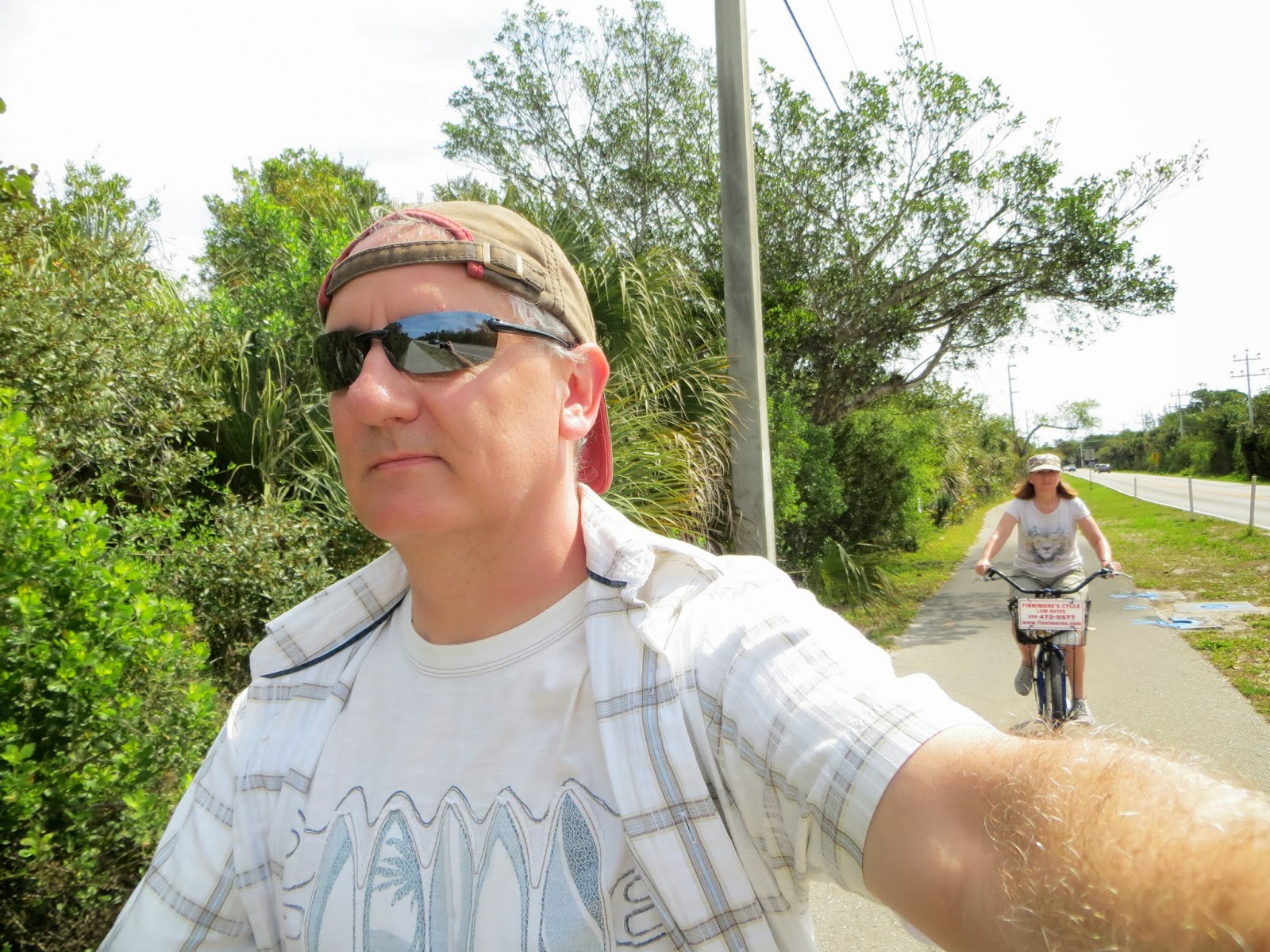 We visited a number of its beaches and did a little more beachcombing. 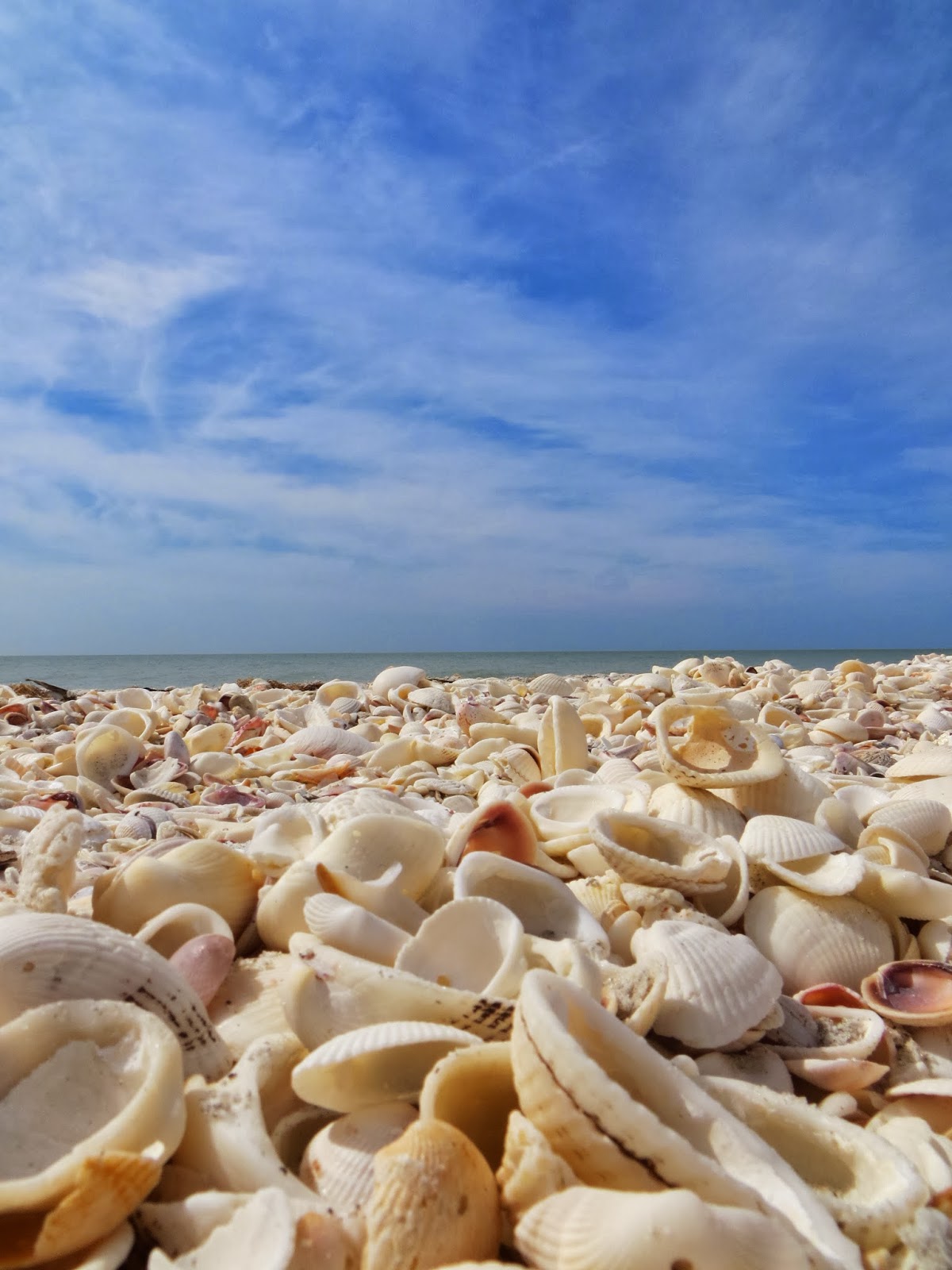 Upon leaving the last beach we saw a strange thing. There’s a lot said about the obesity crisis in the States and you do see some very big people. But this was thought provoking to say the least. A very large woman was so large she was unable to get back into the people carrier she was a passenger in. We are not sure whether she had fallen too, but the local fire fighters had been called to assist. They seemed to have lifted her into the car. We wondered why an ambulance had not been called but it may have been due to the fact that the crew would not have the strength to cope. They sent an enormous fire engine too. This is not something you expect to see. But, enough about obesity; what impresses the most is the patient and polite way the Fire and Rescue services dealt with the problem. Is this what they are supposed to do now? I suppose the clue might be in the word ‘rescue’. Anyway, back to our day….

We inevitably ended up in a Rum Shack and had some lovely seafood; Rachel had very large prawns and I had seafood Paella. Oh, and maybe a beer or two. 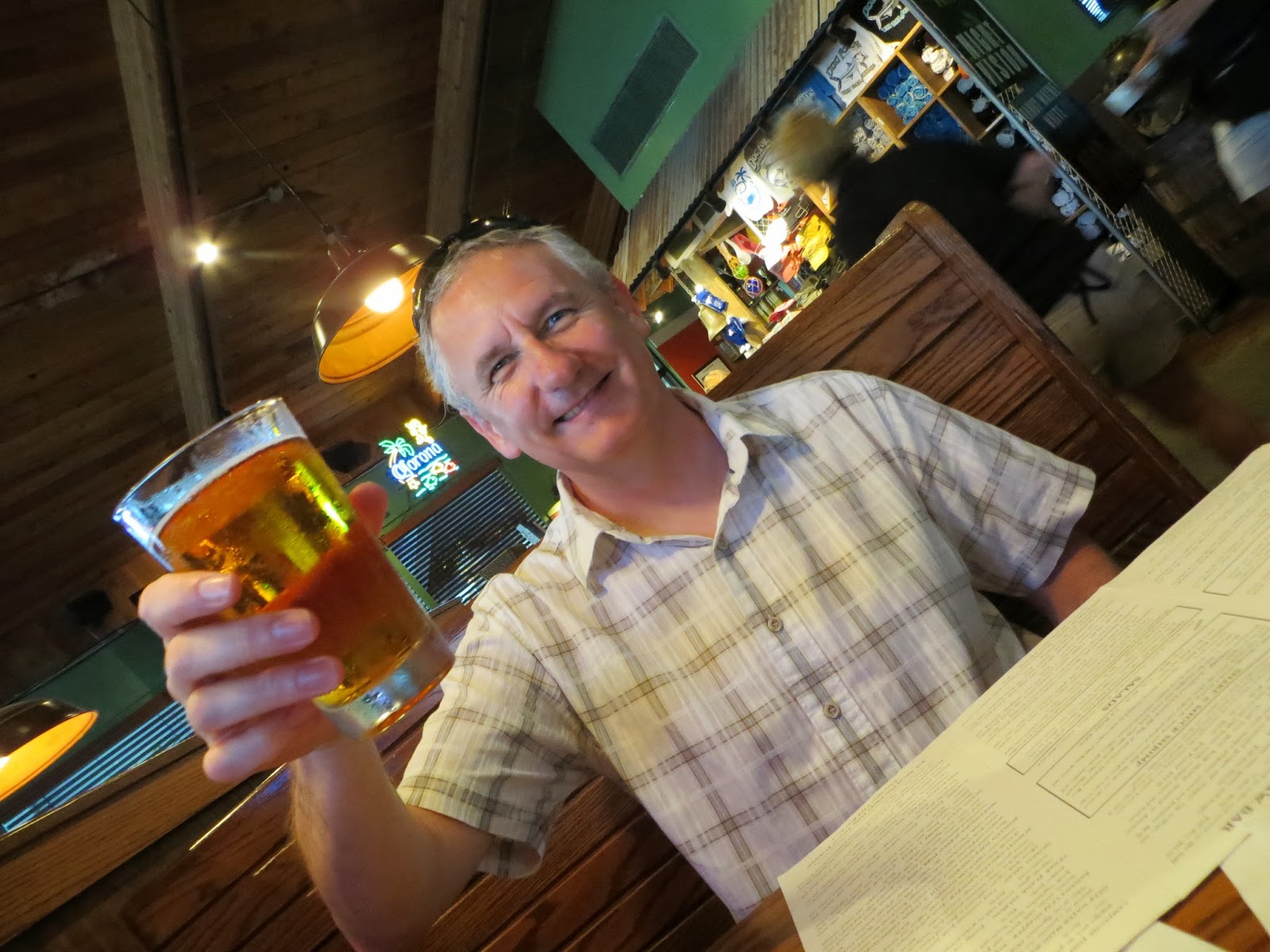 By the time we got back to the car it was already getting dusk and we hadn’t seen Captiva yet. Everyone seemed to be leaving the island at once and the road out (the only road) was gridlocked so we waited it out, lying on a bench under some trees until the traffic had cleared.  Then we moved on to Captiva and were again amazed at the splendour of the houses at the top end of the island – right at the edge of the water and a prime location by any standards. We drove to the very tip of the island  and could go no further.

This marks the end of our visit to the Naples area because tomorrow we head for Sarasota.